The United States is dominating the medal count because of the success of its female athletes. Of the country’s top ten medalists at the time of this writing, 6 were female, and they have won more gold medals and more medals overall than the top male athletes. (For an interesting read on the correlation between gender equity and olympic medals, check out this article.) Our quadrennial glory and global bragging rights rest largely on the shoulders of female olympians. And yet, there are persistent questions about the state of gender equity in our sports and in the Olympics and other major tournaments. For example, not long ago you may have heard of the controversy at this year’s Wimbledon, when Venus Williams (a five-time champion at the venue) was relegated to Court No. 18, while her male counterparts seem to always play at the center courts. This has been attacked as an example of gender inequity, with the sometimes explicit implication that the right thing to do would be to give women center stage 50% of the time. Although there are valid arguments for this perspective, the question of “the right thing to do” with regards to gender equity is perhaps more complicated than it seems. The Olympics have provided an interesting lens for considering the complexity of the question as well as several approaches to addressing it. In reality, we already take (and will continue to take) a combination of these approaches; they are not mutually exclusive. I present them here somewhat simplistically for the sake of clarity and comparison. 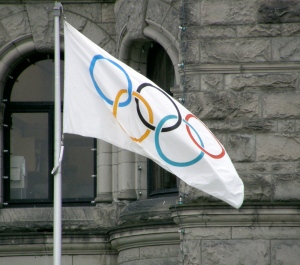 You could say that the free market produces a perfectly coherent form of gender equality: All athletes and forms of athletics (gendered, gender-neutral, or co-ed) equally have whatever opportunity their current cultural situation affords them to participate and profit. Obviously, the opportunity is not “equal” in that some people and institutions initially have more power to manipulate the market, but it is “equal” in the sense that everyone equally gets to chose how to spend whatever resources they have, and the government does not come in and “put a thumb on the scale” for any party.

Although this laissez-faire approach can be considered equal, it would generally not be considered equitable because the “current cultural situation” seems to afford more and better opportunities to men. But what does gender equity look like? What do we mean when we say we want it? Why are we not satisfied with the “equality” provided by the market? Each of the following sections sketches an approach to increase the equitability of athletics, and each relies on some underlying conception of what equity is.

This is the most common approach, and the most apparent while watching the Olympics on NBC: Men and women compete in gender segregated events—men vs. men, and women vs. women—but we require institutions to treat these events and their respective athletes equally. Katie Ledecky’s events are supposed to get about as much airtime as Michael Phelps’.  This is the Title IX approach, and the approach Venus Williams demanded at the Wimbledon. Tournaments, broadcasters, and schools should provide equal coverage, payment, and treatment for male and female athletes who compete separately in their respective events.

Unfortunately, this approach is not without its problems. The first, as evident in the title of this approach, is that it is segregationist. There will always be some inequality in maintaining gender-segregated sports. Anyone familiar with the WNBA or its analogs in other sports will admit that female athletics often lack prestige and audience. Venues usually sell more tickets for male athletic events than they do for female athletics (though there are a few notable exceptions). This was likely what led to the Wimbledon’s organizers to schedule Venus Williams on a smaller court; they were simply maximizing profits.

The separate but equal approach will likely continue to come in tension with cultural values that are manifest in the marketplace. For a woman athlete in our society’s gender-segregated system, there is always a glass ceiling. They can never enter the top eschalon, or compete at the top level with all the prestige of the world’s best–because, according to our society, the best are male. Women remain in the minor leagues, confined by their separate but equal status. (For an interesting article about this, check out this Huffington Post piece.) 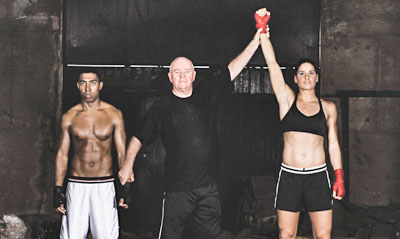 If there are inherent problems in gender segregation in our current cultural climate, why not desegregate the genders? Allow men and women to compete together and prove themselves absolutely at the highest levels. Although this might actually be a step toward greater equality from one paradigm, it might not increase the equitability of athletics because, simply put, female athletes would rarely win. Physiologically, men tend to be bigger and more muscular than women, which means that in a competition where what matters is going citius, altius, fortius, men tend to fare better. I loved watching Katie Ledecky break her own 800m world record with a time of 8:04 and, out of curiosity, I checked what the world record was for the men’s 800m. It’s currently 30 seconds faster than Katie’s time. In other words, the best male swimmers would have beaten Katie Ledecky by more than twice as much as she beat her competitors (which is saying something).

If the problem is that, competing side by side in the same events, women cannot compete with men at the highest level because of basic physiological differences, there seem to be two paths towards resolution: Alter female physiology or change the sporting events.

As we’re seeing in this year’s track and field events, the levels of testosterone in women seem to be significant (see also this piece in the New York Times). Until recently, there were regulations that required women with abnormally high levels of testosterone to take hormone suppressants in order to compete in women’s events. Although there is something nice about the clarity and simplicity in dividing by hormone levels rather than other markers of gender (and the issue of gender could arguably be avoided entirely), it is problematic for non-normative (e.g. intersex and hyperandrogenic) athletes who might be forced to alter their natural condition (i.e. hormone levels) in order to compete as the gender with which they identify. For example, a hyperandrogenic sprinter who has always considered herself female but has abnormally high testosterone levels might not be allowed to compete as a woman. Deciding where to draw the line to divide athletes would be problematic no matter how it was done.

If hormone levels and physiology are so complicated and tied up in gender inequity, one approach could be to allow women to take steroids and hormonal supplements so that they actually could compete against men in a desegregated system. Creating super women like this may sound crazy, but people hardly question the right for a woman to gain some “unnatural” control over her body with birth control. This would simply be another step toward a “post-human” world in which our species transcends mere biology.

Of course, this opens up a whole myriad of ethical concerns. The most immediate concern is that it validates a masculinized view of athletics and encourages women pursuing those sports to see themselves as insufficient. They must masculinize themselves or settle for some suboptimal feminine athleticism. Is male athleticism really the ideal form towards which these athletes, regardless of gender, should aspire?

Gymnastics seems to respond with a resounding “No!” The sport is intentionally designed to highlight each gender’s natural athleticism. The men showcase their power and upper-body strength while women highlight their flexibility, agility, and grace. (And, as a side note, I think male gymnasts would not fare well competing against women in the female events.) At least in the US, this seems to work out in our female gymnasts’ favor. In recent years, the women’s gymnastics teams have received more coverage, won more medals, and been offered more lucrative sponsorships. As things are now, everyone with a TV has heard of Simone Biles, but few would recognize Sam Mikulak. Gymnastics embraces gender differences, but maintains gender segregated events. Rather than striving for “equality,” it is satisfied with a “separate but different” or perhaps “different, so separate” paradigm.

But gymnastics also struggles with complicated questions of gender. After all, who gets to decide what constitutes female athleticism? Some consider it sexist that women’s gymnastics encourages girlishness not only in its emphasis on supposedly feminine qualities like grace, but in its convention of adding dance-like moves and gestures to gymnasts’ routines. Just think of the difference between male and female floor routines. Both require immense skill and athletic ability, but the female routine is set to music and asks the competitors to garnish their gravity-defying tumbling with a smile and a sashay.

The last approach I will discuss would require the most systemic change, and hence is perhaps the most unlikely. If we cannot resolve issues of gender inequity in our athletics through any of the other approaches, perhaps we must change the athletics themselves, which may be inherently sexist. If, for example, we developed sports that called for teams to engage in a variety of different athletic feats, some of which might lend themselves more toward characteristics of traditional female athleticism, perhaps the result would include co-ed teams working together in ways that highlight athletes of diverse genders. If these sporting events were popular and profitable, it seems like the issue might be resolved.

This could be called the Quidditch approach, as the wizarding world apparently has successful female quidditch players and entirely female teams that compete successfully against other male or co-ed teams. It would seem that quidditch as a sport does not privilege male players. In the muggle world, I think ballroom dance and pairs figure skating take a step in this direction, although they succumb to some of the same issues as gymnastics. 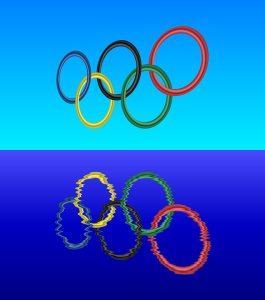 There are no easy answers to the question of gender inequity, in sports or in general. Each of the above approaches is problematic in some way and useful in others. Although sports are certainly not a perfect analog for other spheres like the workplace, these various models may provide interesting lenses for considering our approaches to addressing issues of gender inequity more broadly. If nothing else, it demonstrates that no matter what we do, short of inventing new sports and transforming culture, there may remain potentially objectionable (i.e. inequitable) practices in our proposed solutions. One takeaway might be this: before setting out to resolve gender equity in sports or elsewhere, the first step we should take is addressing what sort of equity we mean. A little empathy would also be appropriate, as it’s easy to poke holes in others’ approaches (as I have done in this blog post), but harder to come up with a less problematic solution.

What do you think? What approaches or combination of approaches seem most useful to you?