It is no secret that Trump has a Mormon problem (see this NY Times article and this Washington Post article, for example). During the troubled campaign, the LDS Church released a statement implicitly responding to (and opposing) Trump’s proposed ban on Muslim immigration, and church-owned Deseret News published an editorial condemning Trump’s misogynistic behavior and rhetoric, calling him to withdraw from the race–something all the more notable because the newspaper had not taken sides politically for 80 years. And although Trump ultimately won Utah, Mormons (in Utah and elsewhere) opposed Trump’s presidency more than any other traditionally conservative religious group. Yesterday, it was announced that the Mormon Tabernacle Choir would be performing at Trump’s election. END_OF_DOCUMENT_TOKEN_TO_BE_REPLACED

In the months prefacing the election we proved our human predisposition towards worst-case scenario thinking. It caused a lot of people to draw parallels between Trump and Hitler—his rise to power, the populist movement, white supremacy, German exceptionalism, etc. Other more rigorous articles have claimed that his rise has more in common to Mussolini’s. But during the election process, it was only abstract political posturing. Now it’s real. Trump is elected. And people’s projections (both liberals and conservatives who opposed him) have become real anxieties and authentic fears.

One of my conservative friends reacted to Trump’s election with this heart-felt question: “Advice on how to face a class of beautiful, undocumented 6th graders??” People responded, some encouraging her panic and others with an attempt towards attenuation. I have other liberal friends who have woven a worst-case scenario narrative where any non-white-cis-gendered-Christian male is now in eminent danger of discrimination or deportation. They substantiate their narratives by citing The New York Times exit polls which demonstrate that Trump was principally favored by older, white, straight, Christian men as well as citing the many rude things Trump has done and even proposed.  END_OF_DOCUMENT_TOKEN_TO_BE_REPLACED

Most conservatives hate Hillary Clinton. And a lot of liberal articles have come forward recently asking people why. To them, the only reasons could be because you’re misinformed, ignorant, or a misogynist. Of course I don’t think this is the case, but I too have wondered why people hate Hillary. I am generally conservative, but I actually haven’t formed much of an opinion on her. My only real objection to her was the same objection I had with George and Jeb Bush. I don’t like aristocracy. I don’t like the idea of two people in the same family becoming president. It just means there’s a lot of who-knows-who going on.

But besides that, my thoughts on Hillary have actually been fairly innocuous. Much of this is because of a simple childhood memory. My uncle was a big-wig Economist in Houston and being young and impressionable I trusted whatever he said. As a group of us talked, he described how impressed he had been with Hillary’s work ethic. I was too young to know what they were talking about, but I left that conversation with one idea: Hillary Clinton was a hard worker. That went a long way for me.

From then until now something has changed. For whatever reason, whenever Hillary is mentioned there’s this sour taste in my mouth—nothing of substance, just a feeling about her. A feeling that isn’t even my own. And so I performed an honest evaluation: Why do conservatives, and why did I, dislike her.   END_OF_DOCUMENT_TOKEN_TO_BE_REPLACED 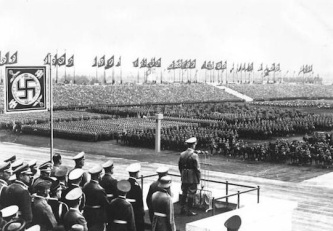 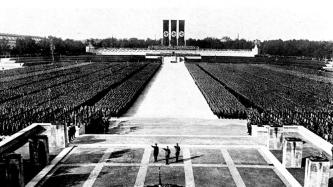 I get it. The bad guys in these movies are like the Nazis (that means they must be really bad). Nothing is more frightening to the contemporary Western psyche than the rise of another Hitler. In our mind, Nazi Germany is the quintessence of evil. Although there was undoubtedly evil in the Nazi regime, I wonder if our obsession with Hitler and the Nazis has become unhealthy. END_OF_DOCUMENT_TOKEN_TO_BE_REPLACED

On March 4th, just months before the end of the Civil war, Lincoln delivered his second inaugural address and we see that his mind had turned towards reconstruction and reconciliation. He concludes:

With malice toward none, with charity for all, with firmness in the right as God gives us to see the right, let us strive on to finish the work we are in, to bind up the nation’s wounds, to care for him who shall have borne the battle and for his widow and his orphan, to do all which may achieve and cherish a just and lasting peace among ourselves and with all nations.

These are words we might turn to again as the wild success of Donald Trump exposes a large population of people who have a lot in common with Southerners after the civil war. END_OF_DOCUMENT_TOKEN_TO_BE_REPLACED