As is often the case with Christ’s miracles, the supernatural aspect underscore the common reality: people die. And while the body is usually left behind, we are left to wonder how it could be so entirely abandoned. How an object which had once been a man has ceased to present a human being. How the formaldehyde fails to preserve key aspects, even physical aspects, of the person we knew. And it is by this common, natural reality—the incongruity of death—that Christ’s missing body moves us, and not the other way around. The loss of a friend, a father, a lover, a son. Touching a corpse, holding an embalmed hand, kissing a dead man’s lips, nothing more profound than these are required for us to have asked the question: Where did she go? Where is he now?

They are questions that take a step beyond Job’s, “if a man dies, will he live again?” In Job’s question, there is no assumption that the dead man continues to live. Job only asks, is it over? But the death of Christ drew from Mary’s heart a different question: can the son of man die at all, entirely, absolutely—can death stop Christ from living?

“Where is he now?” becomes the primary question for all those interested in discussing resurrection and Christianity. To the Roman soldiers, magistrates, and among members of the Sanhedrin, the question is the same. Where is he now? When Thomas is told by the other disciples “we have seen the Lord!” his response is in effect the same, where is he now? It is this question which will remain a primary test of Christian faith by its adherents as well as its dissenters. Where is he in this sickness, that blindness, those sorrows, these sufferings?

If Christ is indeed risen, where is he now? It is a question hard enough to answer when posed theologically but almost impossible to answer when asked by anyone who through pain or anguish has come intimately and often desperately to the question. In response, it’s tempting to explain something about the divine calculus enacted to decide when a miracle is warranted and when God will let things continue business as usual. But if we go down this road we will always be stuck trying to explain his absence rather than rejoicing in his presence.

The rising of the Lord from his tomb and subsequent rising from the earth is not a departure from us but an act of “Emmanuel, which being interpreted is, God with us.” Christ condescension into the meek and lowly state only continues at the day of Pentecost, the beginning of the apostolic era. The presence of Christ is not taken from the earth but rather, “the earth is charged with the grandeur of God.” It is democratized across the world—the small, the dark, the painful, the joyful are gradually, subtly, and certainly all marked by grace.

If when we read the story of Moses parting the Red Sea we learn that God used to do miraculous miracles, but that for some reason he has chosen a clandestine operation in modern times—healing secretly and undetectably and only where necessary—we miss the point. The point is not that the supernatural has put on a secret identity.

To understand how miracles continue to exist in the modern world we must first unshackle ourselves from the conceptions of the universe in which miracles make no sense at all. These are the mathematized universes, spurred on by one initial action and the endless chain of reactions. This can either be the Newtonian world where everything began in a large expansion of space and time, in which particles spun, bumped, and formed into stars, planets, and eventual life. The other, similar in all ways but one, puts God at the source of creation. In this conception of divinity, sometimes referred to as the Clockmaker-God Theory, we perhaps gain some explanation for why God does not always intervene but we are left with no satisfactory explanation for why he would ever intervene. For under the Clockmaker-God Theory, any miracle in this universe is either the result of a changing God, an imperfect God, or a limited God.

Miracles begin to make sense only as a response to other agencies—that God allows for more actors and actions than his own. Only this, beyond divine fallibility, explains why something might go wrong and need correction, intervention, or, in short, miracles.

Miracle, in this sense, is a sort of original action. It is an action that is not predetermined by the motion of the universe. In some ways, it is the opposite of predestination. It is an act of agency which transforms the course of the universe. It is change. And therefore it cannot be predicted or explained entirely by contextualizations or atomizations. To understand how to escape both reductionist attempts one might read the philosopher Graham Harmon who has written heavily on this issue.

But for now it is enough to say that a universe in which all change can be explained by contextualization is a universe that does not change. The changes we think we observe are like the moving of numbers from one side of an equation to the other. Like wearing a pair of 3D glasses, all change only becomes visible when placed over the vinyl backdrop of space and time. And if time and space could be removed like a pair of glasses, all change would become invisible revealing the bland sameness of everything.

Perhaps the biggest draw to the mathematical universe is that we have equations and observations that seem to work—we landed a man on the moon and a robot on Mars. But those who claim the triumph of the mathematical universe on this basis misapprehend what an agentive world would look like, and also reveal false confidence in what our equations are capable of predicting. An agentive world would look just like our own. It would be full of unpredictable interactions that when taken together form predictable patterns.  Although we cannot predict what an individual will do, we can make accurate predictions about what a group of unpredictable people will do—enter big data mining.

But we all know there are outliers, there are surprises. There are always unaccounted variables. Because people, like any other object, are more complex than the atoms we are built from or the context we are located in. And with this perception of the world it is possible to say that the world moves by miracle. Though people and objects may act predictably at times, it is not fictitiously. Their action—their change—is authentic. The glass, which hits the earth, really does shatter. And if found and placed into a stain glass window, that transformation is real as well. What the agentive and miraculous world is concerned with is not the unpredictability of things but their authenticity. Change in this theology does not require the stratification of space and time in order to be visible. Instead, space and time are as real, as present, and authentic as the rest.

The world is full of grace and miracles. Where is God now must be answered with “he is here, look and see him.” He is in that embrace, those tears, his suffering, her joy. The miracle of Moses parting the red sea is repeated daily as objects and people negotiate, as life is given, as we move through one another. Water lets the israelites through, My wife gave of her body to allow for our child. A man gave his money, a woman her house, a cow it’s life, a bug it’s saliva.

To see God like this is not to do away with him, but to understand that he exists in the same way we all do. We do not begin at the crown of our head or end at the tip of our unclipped toenails. For there is much within our skin-tight border that is not our own. More cells of bacteria than cells formed of our own DNA. And that DNA is not ours alone, but a wormhole through which the past spills into the present and future. At the death of a loved one we realize that we also extend beyond our bodies. That part of us lived there too, like a horcrux. We are diffused into the world and into one another like God—though not as potently, naturally, or gracefully. And our presence in this world is little more than how well we diffuse. And yet we are real, as God is real, and we choose and change, which is the consummate miracle.

For miracle is a word that describes the process by which all things change. How a man repents, how a woman recovers, how anyone survives. The movement of the world is not reactions at all, but actions. Which is to say, the world moves and changes and forms through miracles every day, every moment of everyday, and in no other way.

One thought on “Miracle” 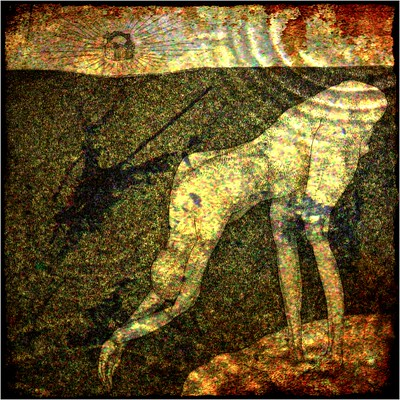