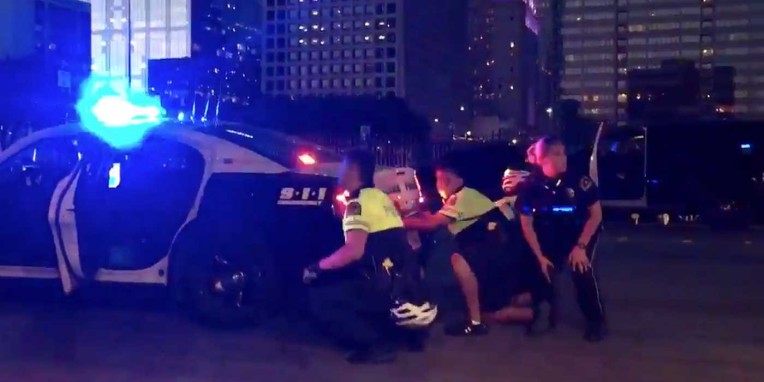 Black lives matter. Of course the vast majority of us believe and defend this proposition. Most of us also believe that racism is still present around us. And almost no one believes that violence against innocent police officers is acceptable. But I still have significant reservations about supporting the Black Lives Matter movement.

The movement suffers from indirection. At blacklivesmatter.com, they explain, “Black Lives Matter is an ideological and political intervention in a world where Black lives are systematically and intentionally targeted for demise. It is an affirmation of Black folks’ contributions to this society, our humanity, and our resilience in the face of deadly oppression.”

The statement is at once bold and nebulous. It is both an affirmation of Black issues and culture as well as a broad platform for anti-racism. Though not stated, the ostensible goal of Black Lives Matter is to decrease police violence against Blacks and, by extension, everyone. The loss of any life is tragic; the disproportionate loss of Black lives at the hands of police is egregious. The shameful history of race-relations in the United States makes this disproportionality even more painful and poignant. Our (and BLM’s) yearning for equity and justice—if not in general, at least from the institutions and individuals sworn to protect us and uphold the peace—is intuitive; unfortunately, it is also simplistic. It is a fact that Black people are disproportionately targeted and aggressed by the police. But it is also a fact that Black people disproportionately live in low-income communities that have a disproportionate level of crime.

Statistics like “25% of the people killed by the police so far this year were Black, even though they only represent 13% of the population” imply a misleading generality: They seem to suggest that in any interaction with police anywhere, Black people are more likely to experience violence. Although this may actually be the case, the causal story is probably much more complex.  I do not mean to excuse unjustified police violence, but if we really want to reduce deaths by police, we should pay attention to the underlying dynamics that produce those deaths. And “racism” is, in my opinion, too easily misunderstood and too nebulous a dynamic to productively oppose and address.

I have no doubt that many cops witness gun violence on a daily bases. And the vast majority of that violence takes place in poor racial neighborhoods. Still, I have no problem defaming police violence, or punishing guilty officers. I suspect the ego involved in penal authority attracts some of the best and worst kind of people. But at least part of the responsibility for their racism is my own. It is the poor schools, the bad immigration policies, the perpetuated ghettos, and social dynamics.

To some extent, we are all responsible for the racism we see exhibited in the police force. I have lived in downtown Minneapolis—about five miles from both Falcon Heights and St. Anthony’s. It is an incredibly diverse city bloated with gangs, ghettos, and immigrants from Laos and Somalia. I loved my time there and the people I met from a variety of religions and races. But I would have been blind to ignore the resulting complexities.

If the eyes of our police have been colored, it’s probably not the result of an ideological hatred towards black people but the messy result of complex and dysfunctional social structures—the very complexities we send our police officers to clean up. So while racism exists, we all shoulder some of the responsibility which should make us generous in our critique even if more committed to change.

My issue with the Black Lives Matter

My issue with the Black Lives Matter movement is that, though it seems to have a formal cause, it struggles to settle on any specific tasks, steps, or legislation beyond catalyzing rage and indignation. The platform is practically immortal. There can never be a time when their mission will be accomplished, when the standard can be rested, or wounds healed.

A good counter example, with a similar political motive, was the organization Freedom to Marry. This was an organization advocating gay marriage. They had a clear legislative goal, deep and dynamic organization, and specific plans for specific ends. And once they accomplished their goal, they dissolved the organization—hence why I’m speaking in past tense. Now, all that remains on their website is the story of their success—from inception to fruition. While there is a lot of energy behind Black Lives Matter, I question its direction, productivity, and effectiveness.

The problem with indirection in Black Lives Matter is deeper than ineffectuality. A movement calling for protests, revolts, and rallies plays with fire. There is no room for ambiguity when a protester’s blood begins to boil, when a rally becomes lively, or when an ideology is given tinder. Such potent and deadly energy must be harnessed towards productivity or else risk erupting in unpredictable and catastrophic directions, as was the case yesterday in Dallas.

Of course the vast majority of protestors would never condone shooting a police officer and the organization cannot be held entirely responsible for the action of its members. As best I can tell, the Black Lives Matter movement has channeled the nonviolence protest of Martin Luther King Jr. over an early Malcom X. And I am sure they are as horrified as I am by the violence that took place at their protest last night. But the movement is not entirely innocent of the crimes either.

An organization that actively promotes civil distress through inflammatory rhetoric carries some responsibility for the resulting consequences even if unintended. In fact, my point here should sound oddly familiar. Even if an organization denounces violence, if it creates violence there is still a conversation to be had. Isn’t that the very thing Black Lives Matter says about police brutality? Every police organization denounces dishonesty, brutality, and racism. But if dishonesty, brutality, and racism still happen, suddenly what they claim to preach doesn’t matter so much. Perhaps police forces and Black Lives Matter have something in common here.

If Black Lives Matter is indeed channeling the nonviolent protests of the Civil Rights era, they should establish more pointed and particular goals—specifically legislative goals. In Selma, the civil activist protested voting rights. In Montgomery, they protested policy of racial segregation on the public transit system that a little over a year later culminated in the supreme court decision of Browder vs Gayle. Until the Black Lives Matters movement establishes specific goals beyond inciting indignation, it remains volatile and predisposed towards violence.

17 thoughts on “The problem of ambiguity in Black Lives Matter”