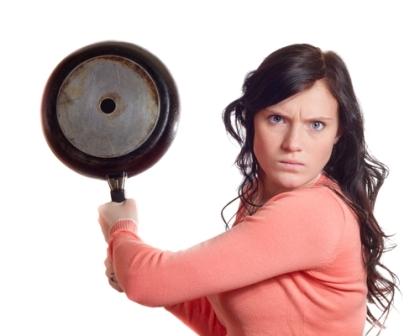 From a study I conducted on Web MD I learned that everything unpleasant is a sign of stress—be it cotton mouth or chest pain. And people carry stress in weird places. I sometimes carry it on my lower back, but that’s hardly a novelty. Some people carry it on their shoulders, others around their neck, and my wife swears she knew a girl who carried it in her pelvis. Now that’s creative! You have to respect that method. It’s people like her who push the status quo and make this world a better place.

I believe I have begun to carry stress in my stomach because I’ve noticed when things have become unpleasant, it corresponds to a heavy and empty feeling in my gut. Indeed, as things become increasingly unpleasant, I’ve noticed an increasing amount of pain often accompanied by grotesque sounds.

Why just the other day, I was minding my business, working on projects, and around one or two, my wife entered the room carrying one of her school books and drinking a big glass of water. She join me at the desk, kissed me on the cheek, and then placed the cup next to her without using a slider as I had asked her to do on a number of previous occasions. It was not the first time she had done this. I began to kindly remind her about the effects of water on wood by saying, in a polite and understanding tone, “Sarah, I hate when you do that.” The words were composed carefully to communicate in a friendly way both the importance and wisdom of my council.

Despite my composure, Sarah laughed, rolled her eyes, and left the cup on the table as she returned to the other room. Even though my stomach was once again displaying signs of stress, I was determined to remain calm for I knew she was prone to emotional reactions. I realized it would be of the outmost importance to remain in control of the situation and not let emotions interfere with reason. I thought clearly and objectively about the issue and concluded that moving the cup, or placing something under it would negate the teaching moment. Besides, I was not at all convinced that that was not what she wanted me to do. Clearly she thought it was no big deal. Somehow, she has gotten it into her head that I had over reacted.

There was nothing to do but think of ways to explain to her, so that it could not be misunderstood, just what she had done wrong and what things she could do to make it better. I decided I would wait for her to come back and then have her move the cup herself. Until then, I would let the water penetrate into the wood so that she could see the result of her carelessness. I knew the stain might never leave, but if that was what was necessary, I was willing to make that sacrifice for my wife. You should know, I preformed all of these feats of logic and reason even while listening to the worst gastrointestinal tract I can remember.

When she finally did return, she seemed to have forgotten all about the cup and instead carried two slices of pizza on a plate. By and by she offered me one and I figured it would do me no harm, though it would certainly not remedy the situation. Let it be known, it was clear to me what she was up to. She was trying to distract me, to make me forget all about the cup. I didn’t know how exactly, but she would bring it up later, nonchalantly, and say, “See! You forgot all about it. It’s just your pet peeve, no big deal.” Her plan was clever, I knew that much.

As I ate, the clarity of thought and rigor of deduction slowly diminished and gave way to confusion, contentment, and even gratitude. For a moment, before I lost the lucidity, I considered slapping the pizza down in front of me and confronting Sarah right there and then—while the grievance was still fresh and before my mind became any more clouded by the wonderfully decorous pizza. I tried to convince myself that it would actually be the charitable thing to do: better to talk now than let the incident discolor some future bliss.

It was about then I realized, with no small degree of relief, that I still had the ace in my pocket. It didn’t matter if I ate the pizza now and allowed its flavor to disrupt my faculties. The cup remained on the table and soon there would be a stain beneath it. And no matter how good the pizza, the stain would remain. This thought so relaxed me that by the time I finished my meal, I had entirely forgotten about any previous displeasure. I felt soft and conciliatory but also a tad bit thirsty. “Would you like something to drink?” I asked. She nodded her head, looking kindly back at me with her dark brown eyes, and suggested I might fill her cup with water. 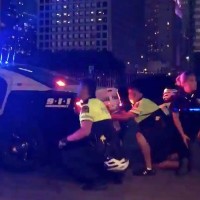